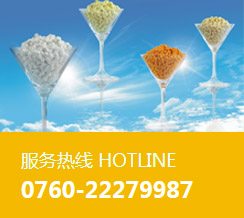 7, industry news: Thailand's ministry of agriculture spokesman, since January 25, the implementation of the government plans to buy rubber, 45 per kilogram baht, to buy 100000 tons of rubber. Set 2000 collection spot in southern Thailand, north and northeast, a total of 1000 collection spot, acquisition of about 150 kg per person. This price is still lower than rubber farmers baht 60 requirements. Public warehouse organization and administration of the national peace council and rubber (RAOT) will work together to use the rubber fund directly from the hands of farmers to buy glue. The department in charge of the domestic digestion, won't resemble previously stored for inventory and sales to foreign countries.

Rubber benefited from the Thai government's purchase again, the raw material was the first to rebound driven futures falling, glue and slice for a full-scale heavy falls in, and the collection and storage of glue rebound five baht, rebound 6.5 baht, smoke but a cup of glue and the glue is still weak, rubber cup rally only 0.5 baht, demand restriction was evident, began to focus on 25th for purchasing the actual execution, as well as the subsequent will have further action. Shanghai rubber stock has reached 262000 tons, rose to an all-time high, moreover 15 old glue early maturity, out of the market of about 70000 tons. Whole milk domestic overall inventory pressure. Spot market trading stock traders said yesterday the majority of merchants before inventory low, and downstream at December 20 before and after the holiday, the overall slowdown, purchase quantity clinch a deal real single scattered.

Domestic yunnan has stopped mowing, mid to late January the overall stop cutting region in hainan, reduce the impact on latex market, and after glue supply has stopped all emulsion delivery goods basically the end of this year, stock futures rose to more than a decade highs; Production in Thailand is normal, more rain next week; Vietnam or because prices low enterprise budget income is insufficient, need to increase production to make up for, stop cutting time at the end of January.

Setting on the lower reaches of the recent all steel construction in general, the average is around sixty percent, individual manufacturer declined slightly, still have large inventory as a whole. 2015 heavy truck production and sales for the whole year of 536100 and 550700, falling by 28.28% and 25.98%.

Scan the QR code to read on your phone